Virginia Arcadia: The Natural Bridge in American Art examines one of the most frequently depicted sites in American 19th-century landscape painting. It was one of the most frequently depicted and described American natural attractions of the 19th century, likely only surpassed by Niagara Falls. Natural Bridge prompts both aesthetic and scientific contemplation and has figured prominently in discussions of western expansion, slavery, tourism, and ecological conservation.

While the rock formation is more than 400 million years old, the earliest published references to the natural wonder involve historical figures such as Thomas Jefferson and George Washington. The Natural Bridge is a site for mythmaking—the creation of American foundational lore that continues to this day. Its historical importance notwithstanding, the Natural Bridge has escaped serious scholarly contemplation and art historical examination.

Situated in the Shenandoah Valley, within the evocatively named Rockbridge County, the Natural Bridge formed gradually as the waters of Cedar Creek caused erosion, resulting in an arched formation measuring 215 feet high and 90 feet wide. In 1774 Thomas Jefferson purchased the site from King George III as part of a 150-acre tract of land. The land remained in the Jefferson family for seven years after his death in 1826. The arch quickly became one of the most reproduced and easily recognizable natural wonders.

Artist-explorers such as Joshua Shaw (1776–1860) and Jacob Caleb Ward (1809–1891), whose works are featured in this exhibition, found in the formation a scene of picturesque beauty. For artists and authors, it became a recurring device with which to underscore the beauty of the American landscape. Influenced by British theories of the sublime and the picturesque, painters Frederic Church (1826–1900), and David Johnson (1827–1908) repeatedly sought out the landmark, which they also positioned as an icon in natural history.

Self-taught artists such as Caleb Boyle (fl. 1800–22) claimed the Bridge to be a uniquely American icon with mythic foundation and divine inspiration. Along with landmark paintings by Church and Johnson, Virginia Arcadia contains important depictions of the Bridge by Boyle and unidentified decorative artists.

Even after tourism to the site soared in popularity beginning in the 1840s, depictions retain a pastoral sensibility and harmonious meeting of nature and civilization. After the Civil War, a demand for even grander wilderness found in the western landscapes of Yellowstone and Yosemite led to a steep decline in the Bridge’s depictions and cultural currency.

The 21st century has seen rekindled interest in the subject. In September of 2016, Virginia Governor Terry McAuliffe announced that a 1,500-acre tract of land surrounding the Natural Bridge in Rockbridge County would be designated as the Commonwealth’s newest state park. Citing that the “historical and geographical significance of Natural Bridge is beyond question,” the creation of a Natural Bridge State Park is the realization of Jefferson’s long-delayed vision.

Organized by the Virginia Museum of Fine Arts, Virginia Arcadia: The Natural Bridge in American Art explores the artistic legacy of an iconic natural wonder.

Depicted and celebrated for centuries, the Natural Bridge is the Shenandoah Valley’s breathtaking centerpiece — a towering, primeval witness to human history and timeless muse.

The free exhibition examines its image in paintings, prints, decorative arts, photography and more. Featured artists include Frederic Church, David Johnson, and many others. 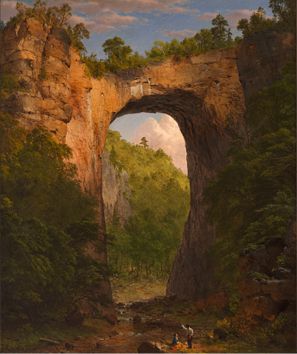 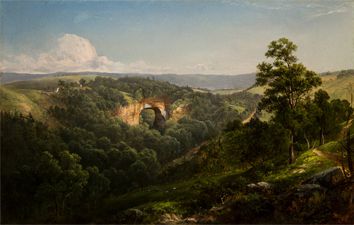 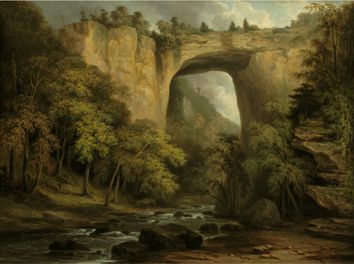 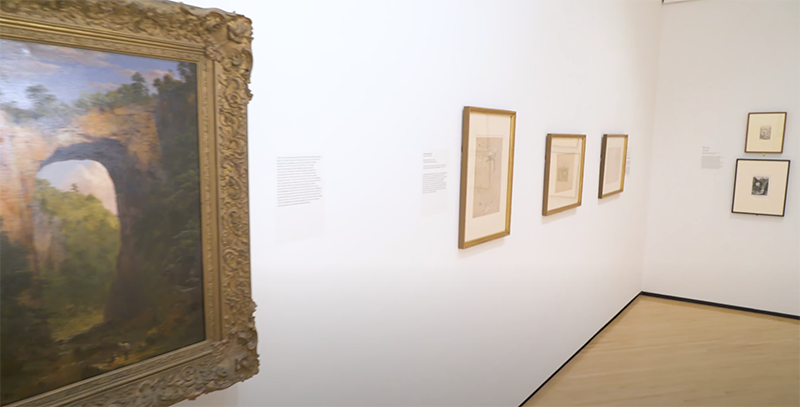